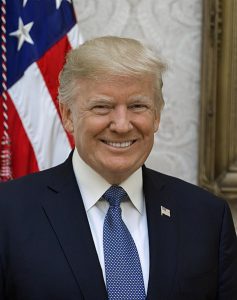 “A proud man is always looking down on things and people;
and, of course, as long as you are looking down, you cannot see something that
is above you.” ― C.S. Lewis, Mere Christianity

The quote above caught my attention, while I reflected on the
presidency of Donald Trump whose rise to power came to a tragic/controversial end after four years, thereby setting a tragic unprecedented history that might take generations to break, if at all.

I am not used to writing on western politics, and governance,
this is because it appears everything I do or say is Nigeria in particular and
Africa in general. More so, as the biblical saying goes, “Only the sick
need a physician”(Matthew 9:12). But on this day, I feel obliged to talk
about the USA, following the recent ugly incidents that have made the most
powerful country in the world what many have come to describe as a public
disgrace, or a laughingstock to the rest of the world.

A few questions come to mind: How did the most powerful
democratic institution on earth get here? How come the same system that made Trump a president four years ago, suddenly becomes a failed system because he lost an election? If it fails, Trump should remember that he failed first because as the number one citizen, he was duty-bound to have strengthened the institution. If indeed the election was manipulated, how come there is no clear evidence before the supreme court to overturn the elections in his favour? Is the judicial system, many of whose judges his administration appointed also corrupt? What about the recounting in the states that elections were alleged to have been rigged? How comes nothing changed after the recounts?

Why did Trump finally accept defeat after turning his esteemed supporters
against the legislatures, by desecrating the sacred Capitol Hills? These, and
many more, are questions that call for a sober reflection for a supposed most
powerful president on earth, but who left the White House smaller than he came.

I respected and still respect Donald Trump to date. If not
for anything, but for putting Americans first. For bringing ISIS to its feet
and silencing it. For appearing to always stand for life based on his firm
position against abortion. And for his great achievement on American’s economy against all odds. Indeed, if for no other thing, Trump would be remembered for the above achievements.

On the contrary, Trump failed in ways too numerous to name.
Trump’s failure is what I would best describe as, a result of pride. A man’s
success depends largely on his ability to overcome himself. This self, is one’s
ego, one’s pride. That was the failure of Trump. Trump could not overcome his
self-pride. Trump is his greatest enemy. Trump rose to power with one of the
campaigns’ mantras of draining the swamp, but Trump left the presidency,
worsening the swamp. He further worsened the swamp for the following reasons:

From appearing a racist to the world to cherry-picking in
international relations. From speaking from two sides of the mouth to wrong
handling of some protests during his tenure. With the aftermath of the death of George Floyd, the #Blacklivesmatter movement, becoming the most popular.

Furthermore, from the initial denial of covid-19, to the blame game of naming
the virus Chinese virus. Beyond that, for not coming up with a firm policy that
would have reduced the spread of the virus. Instead, by trivializing the
situation, and the blame game against WHO and China. The situation was further worsened, leading to the death of thousands of Americans.

Trump’s mishandling of covid-19 was equally obvious when he
too contracted the virus. But despite contracting it, he still downplayed it by
not keeping to covid-19 protocols.

Indeed, the world looked up to the USA in those tough moments,
and early days of the spread, but Trump’s frivolity ridiculed the USA before
the rest of the world.

Worse of all, Trump failed to realize that the position of
the number one citizen of any nation, is the most dignified position that
commands dignity and integrity. Thus, anyone who occupies such a position must conduct him/herself in a dignified manner. Let alone the number one position of the most powerful nation on earth. Trump, instead of facing issues of core national and international importance, turned himself into a Twitter handler, fighting dirty with CNN and other big media outlets, thereby belittling his presidency the more.

Who could have believed that the most powerful president on
earth could have his media handles blocked by the Big Techs, a few days to the
end of his presidency?

It would go down in history that the 45th president of the
USA became the first to be impeached twice in a single tenure. Indeed, Trump
could best be described as the president that rose to power and turned American’s economy around for good. But would be worse described as a president whose failure to objectively address the issue of covid-19 that caused the death of thousands of Americans, led to his miserable end. Indeed, Trump, in summary, could best be regarded as a tragic hero.

On the very last hour of his presidency while addressing his
sparse supporters at the Joint Base Andrews in his final words said, “Goodbye,
we love you, we will be back in some form” (CNN, January 20th, 2021). Whatever he meant by those words, only time shall tell.

Let us hope that those who aspire for key positions in
society would learn from the tragic end of Trump’s presidency. No one ever sees the top while constantly looking down.

Israel GodsPower ANAWEOKHAI is a Catholic Priest of the
Missionary Society of St Paul. He is currently on a mission in the Archdiocese of Douala, Cameroon.