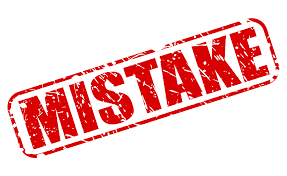 One night, before a shopkeeper closed for the day, a dog came into the shop, having a bag in its mouth. The bag had a list of items to be bought and money so the shopkeeper took the money and put the items in the bag.
Immediately, The dog picked up the bag of items and left.
The shopkeeper was surprised and went behind the dog to see who the owner was.The dog waited at the bus stop. After sometime, a bus came and the dog got onto the bus. As soon as the conductor came, it moved forward to show his neck belt which had money and the address as well. The conductor took the money and put the ticket in his neck belt again.
When it reached its destination, the dog went to the front and wagged his tail indicating that he wanted to get down. The moment the bus stopped, it got down. The shopkeeper was still following it. The dog knocked on the door of a house with its legs. Its owner came from inside and beat it with a stick.
The shocked shopkeeper asked him “why are you beating the dog?”, to which the owner replied, “he disturbed my sleep. It could have taken the keys with it.”
This is the truth of life. There is no end to the expectations people have from you. The moment you go wrong, they start pointing at your mistakes.
All the good done in the past is quickly forgotten. Any small mistake committed gets magnified. You can do 100 things for people but once you make a small mistake they forget all that you have done for them. They capitalize on your little mistake and hold it against you whereas they themselves ain’t perfect.
The owner of the dog had no idea of what his dog went through to get those items yet instead of appreciating it he beat the dog.
Most people have no idea what you have gone through in life to make them happy or please them but at the end of it all, instead of them appreciating you or complementing you they end up looking for faults and mistakes from you just to discredit you. This is the kind of society we live in…
To all those who can relate to this story, may God bless you and may you find a fulfilling life as God unlocks opportunity for you.