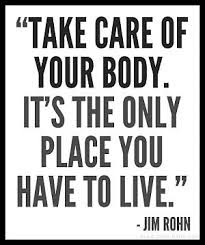 There was a cobbler who lived in a village. Since he was the only cobbler in the town, everyone went to meet him to get their footwears repaired. He was so busy that he didn’t even have time to repair his own boots. This wasn’t a problem at first, but over time, his boots began to wear off and fall apart.
While he worked feverishly on everyone else’s shoes, his feet got blister and he started to limp. His customers started to worry about him, but he reassured them that everything is alright.

However, after a few years, the cobbler’s feet, were so injured that he can no longer work, and nobody’s footwear got repaired. As a result, the entire town started to limp in pain; all because the cobbler never took time to repair his own boots.

If you are in a responsible position, and you are one of the important links, in the groups’ survival chain, and if you did not look after yourself, after a while, you’ ll be of no good to anyone else either.

Your best intentions will mean nothing and you will be unable to do what you are meant to do. This goes for leaders, social workers, teachers and parents, breadwinners and homemakers. If you don’t take care of yourself, nobody will.